Chambers & Partners describes Ashitiva Advocates LLP as having a “robust practice group with a keen focus on oil and gas, providing expert assistance on all manner of regulatory and advisory issues in the sector.” As Ashitiva Advocates explains: “We have resident international consultants on power and renewables. We advise on the complex legal, financial and commercial issues associated with Projects, Energy, Infrastructure and Financial Services in East Africa.”

At the same time, Chambers recognized Nelson Ashitiva and Doris Mwirigi as notable practitioners in Projects and Energy in Kenya. Nelson Ashitiva is the founder of Ashitiva Advocates LLP, Senior Partner and the Head of Strategy and the man who is credited with building the firm with nothing and from nothing in 2010 to where it is today. Nelson’s expertise besides energy, oil and gas includes mergers & acquisitions, capital markets, corporate/commercial transactions and investments. 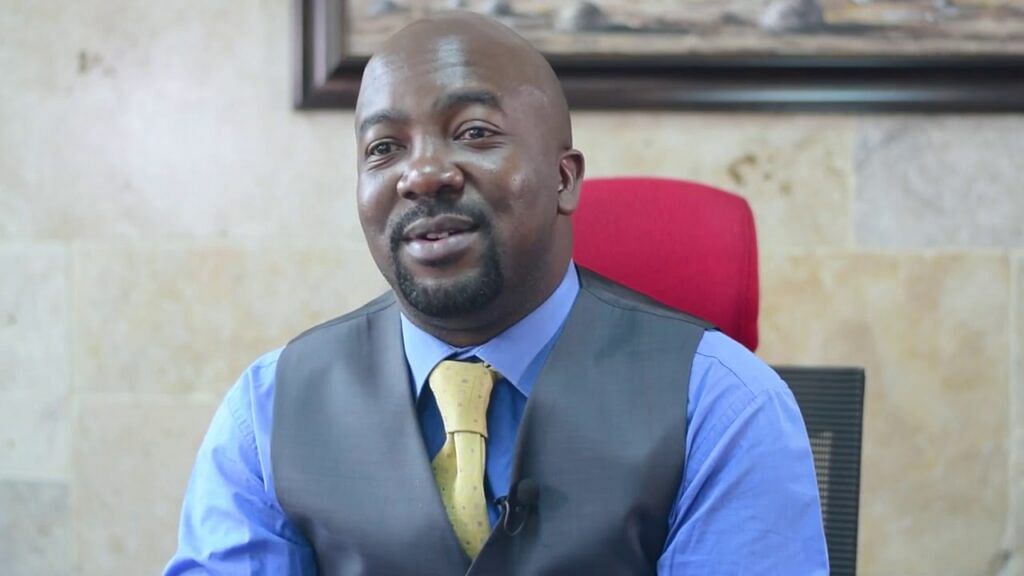 Ashitiva Advocates LLP Founding and Senior Partner and Head of Strategy Nelson Ashitiva who has been recognized as one of the notable persons in the Projects and Energy Practice in Kenya.

Doris Mwirigi is a Partner who was headhunted to join Ashitiva Advocates LLP from consulting for The World Bank in Rwanda on Oil and Gas related issues to help set up the firm’s Energy, Natural Resources and Infrastructure Department. With a Masters in Energy Policy law from University of Dundee in Scotland, and an MBA in Energy Economics, Doris is a point of reference on the sustainable exploitation of Natural Resources in Africa particularly Oil and Gas.

Some of the Ashitiva Advocates LLP clients are in the Energy, Financial Services and Agribusiness. The firm has advised both budding start-ups & SMEs, large corporates, multinationals and government agencies.

According to Mr. Ashitiva when he established the firm with the aim of “raising the bar” in the provision of legal services in Africa, he did not know how daunting yet fulfilling a journey it would be. He explains that the firm measures its success by the success of its clients.

One of its defining moments was when the Law Society sited it as Law Firm of the Year in the 2017-2018. This marked the beginning of local and international recognition and awards for the decade old firm.

The year 2022 was a year of many firsts for CR Advocates LLP as the firm defied every theory of law firm growth to emerge as a top mid-size firm in Kenya. In the wake of its rise to the top, CR Advocates LLP scooped two top legal awards and earned its place in the law listings in the country among the Top 20 Law Firms in Kenya.

Second, CR Advocates LLP made a debut into THE LAWYER AFRICA Top 100 Law Firms in Kenya List which is based on headcount and reputation for excellence. The firm emerged among the TOP 20 LAW FIRMS IN KENYA by headcount having two dozen fee earners within its ranks. In this category, CR Advocates LLP stands shoulder to shoulder with many seasoned law firms including Mohamed Muigai LLP, Robson Harris LLP and Mboya Wangong’u and Waiyaki Advocates.

Third, CR Advocates LLP was shortlisted for the Nairobi SME Law Firm of the Year Award at Nairobi Legal Awards. The award recognizes the top mid-size law firms in the country. As if that was not too much already, CR Advocates LLP beat a dozen established law firms to emerge as the overall winner of the prestigious award with Igeria & Ngugi Advocates emerging as 1st Runners Up and McKay Advocates as 2nd Runners Up.

The overall result is that the firm of CR Advocates LLP begins the year 2023 as the top law firm in Kenya being the reigning award winner of both SME Law Firm of the Year Award 2022 and The Lawyer Global Legal Award Kenya 2022. In addition, the firm is now confirmed as being amongst the top 20 law firms in Kenya by THE LAWYER AFRICA.

The quick-paced upward trajectory of CR Advocates LLP which has earned it the reputation of disruptor in the corporate and commercial law scene is attributable to excellent client service and consistently efficient, reliable and cost-effective legal services. The firm boasts over 25 legal professionals most of whom are leaders and rising stars in their respective specialist practice areas.

CR Advocates LLP clientele ranges from established multinationals to state corporations and emerging SMEs and Startups as well as individuals clients.  Founded in 2013 by Princess Caroline Mutisya, one of Kenya’s top Real Estate, Commercial and Corporate Law Attorneys, the firm is celebrating its 10th Anniversary this year as it pivots to embrace its new status as a leading law firm in the country and to set the stage to dominate the legal scene for the next decade.

There is no doubt CR Advocates LLP is the law firm to watch this year as every move the firm’s Managing Partner Princess Caroline Mutisya and her team makes is bound to shake the legal sector. The firm is admittedly a case study for  legal services sector analysts seeking to seeking to unearth the secret of building a top law firm from the bottom up within a decade.

Bowmans has made a substantial investment in its tax capacity in East Africa by expanding its Tax Practice in Nairobi with recruitment of four (4) associates. Senior Associates, Fredrick Ogutu and Patience Mbugua, joined the firm on 1 May 2022. This is in addition to Associates Lynet Mwangi and Bernard Kirii who joined the firm on 1 March 2022, adding further depth to the firm’s tax service offering.

Before joining Bowmans, Fredrick was a manager in the tax and legal department of audit firm Deloitte & Touche LLP. He has extensive experience in providing tax advisory on both local and international/cross – border tax issues, tax restructuring, tax support in mergers and acquisitions, tax due diligence, tax dispute resolution, tax compliance and assessment of tax risks across various sectors.

Patience Mbugua previously worked in the tax dispute resolution department of the Kenya Revenue Authority (“KRA”), where she gained considerable experience in handling tax disputes involving taxpayers in various sectors. Prior to that, she worked for an audit firm, PricewaterhouseCoopers (PWC) and has considerable experience in providing a wide array of tax services including direct and indirect tax compliance, tax reporting, tax advisory, KRA audit support, tax dispute and tax litigation.

According to Bowmans, the expanded tax team helps expand the firm’s tax offering especially by providing additional assistance in mergers and acquisition transactions, including undertaking tax due diligence reports; tax restructuring and optimization involving both local and international/cross border entities; assistance with KRA audits; and conducting tax health checks on all tax heads. These services are in addition to the current tax advisory and tax dispute resolution services provided by Bowmans.

“We are pleased that the team has chosen Bowmans as their new home, and we are confident that they will enhance the tax service that we offer our clients across our geographical footprint,” said Bowmans Tax Partner and Head of Tax Practice Alex Mathini. Alex has been ranked by Chambers & Partners for the last six (6) consecutive years and Chambers Global Guide 2022 ranks Alex among the Top 2 Lawyers in Tax Law in Kenya.

As part of the JSE’s active focus on remaining relevant and competitive in order to retain and attract more listings and capital markets activity, the JSE has released a further consultation paper considering the following proposals:

The JSE invites comments by Monday 20 June, after which it will engage with the Financial Sector Conduct Authority (FSCA) for approval.

The information contained in this article is provided for informational purposes only, and should not be construed as legal advice on any subject matter. Follow this link to read the Original Article published in the Bowmans Website. The Copyright © for the article belongs to Bowmans and the Authors. For any further information or clarifications on the above matters, please contact: Charles Douglas and Mili Soni.

Court of Appeal Upholds Eviction of Radcliffes from Karen Land

Review: Journal of Conflict Management and Sustainable Development, Vol. 9, No. 1